On Wednesday of next week Lance and I will be off for our California Christmas vacation! It's gonna be big and the anticipation is killing me! I can't wait for my whole family to meet this boy. I must admit that Lance meeting my family does make me a little nervous (I mean, with such a big family there are bound to be members you might just want to hide in a closet), but I'm so excited to share the joy he brings me with them.

We have tons of fun things on the agenda:

It's the most wonderful time of the year! Stay tuned for a post-post(get it?)
Posted by Nikki Bingham Bertola at 4:08 PM No comments:

Believe it or not, I am still in Provo. It is still so surprising that after physically moving my stuff to two different states over the summer I find myself right where I started. Life is funny like that.

I decided to apply to two different positions in Utah once it became apparent that Texas and California were not going to happen. I applied to a school in SLC and one in Provo. The following week I had interviews for both, both which seemed to go well. Shortly thereafter I found out that I wasn't chosen for either position, but I was informed about a unique situation with a second grade position here in Provo at Rock Canyon Elementary.

Shortly before the start of the new school year a teacher at Rock Canyon became quite ill and she wasn't sure if she'd be able to get her room ready in time for school. The principal not sure what to do, decided to hire someone as a sub in the event that her health didn't recover.

Well, to make a long story short, I was that sub who was hired but the story has a happy ending! The teacher decided that it was in her best interest to take a year leave of absence, and I was contracted for this school year! I am a teacher!!!

We are now on our second week and things have been wonderful. I love my students, I love that I teach second grade again, I love the people I work with, and I love being in the Provo district. This job has been a great blessing to me and I'm so grateful to be teaching this year!
Posted by Nikki Bingham Bertola at 8:30 PM No comments: 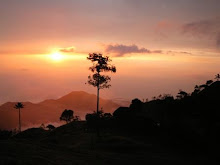 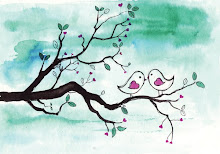